In my quest for freedom, I discovered that there was another way besides the Sword and the Pen – the Guitar!

In my quest for freedom, I discovered that there was another way besides the Sword and the Pen – the Guitar!

Nostalgia has gripped people the world over like never before. You read it in the papers, see it on TV, hear it in conversations and relive it in your reminiscences. American guitar-manufacturer, Fender, released a re-issue of their legendary Stratocaster electric guitar of the 70s with the punch-line: “Accept it, you are nostalgic about the 70s!” What date-stamp better than the music-genres that were popular during the period in question? When we listen to a song of days gone by, it almost always reminds us of a particular incident of that time or sometimes the other way round – speak of the 60s and one thinks of The Beatles and, for the people of my hometown, a former Portuguese province on the western shores of India, Liberation Day!

It was morning, December 18 1961, but I thought it was night because all the windows of the house where my parents had sought refuge from the bombers flying overhead were shuttered and the electricity being cut off, candles provided the only light. During each of those bombing raids in the two-day siege, my parents shielded me with their bodies, standing between a wardrobe and the inner wall of the house as if clinging to their only possession while all the little boy in me could think of was a chance to have a peek at the fighter planes!

We soon got our political freedom from the 400-year Portuguese rule and people began to adjust to the new system in general and currency in particular, to make out a new life from what could be salvaged. But while the sound of guns continued to echo in our ears in the aftermath, I suddenly realized that there was a silence that was much louder than this din and which I thought only I could hear – it was the absence of music. That’s when I joined the elders in the search for lost possessions and I cannot forget that glorious moment when I finally found my treasure trove in the attic of my grandparents’ house – a hand-wound HMV gramophone with a huge stack of 78 rpm shellac records! 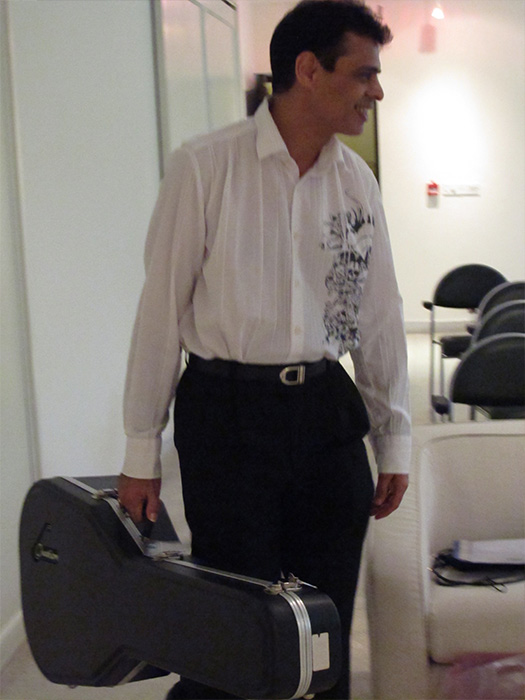 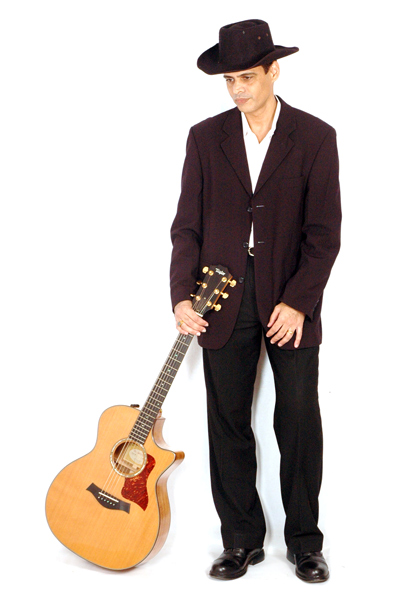 I would play the gramophone the first thing when I woke up in the morning and the last thing I did before going to bed. I used up box after box of ‘agulhas‘ (styluses) and cleaned the records with kerosene oil. One day I did not go to school, listening to records the whole day, trying to figure out parts of the songs and identifying the instruments. And my parents as well as my class teacher, approved of it – that was my first taste of freedom.

It was only when I turned 15 that I found an old man, a former church violinist, who agreed to teach me music theory in the afternoons while he supervised the transplantation of the rice crop. Ankle-deep in water, in the shelter of his umbrella under the pouring rain, with notebook and pen in hand, I learned to read music notation. No, we did not have printed music sheets so he wrote melodies in ink in my notebook and made me sing pieces I had never heard before. When I could sing a difficult genre called ‘Motet’ in a matter of a few months, he sent me off on my own with the advice to buy an instrument, preferably a violin, if I could afford one.

It was at about this time that my mother, who used to sing harmony in the church choir as a girl, stepped in and suggested that I take up the guitar because girls in her time loved guitar-playing boys! To my good luck, a professional guitarist from Amsterdam came to India to learn to play the sitar and visited my hometown for a few weeks. He gave me seven guitar lessons that made the difference. That was my first guitar, back then in the 70s and I’ve had a line-up of 15 guitars along my road to freedom.

I have also done my share of song writing – I write the lyrics first and then the melody, using the acoustic guitar as my primary instrument though I use high-end arranger keyboards for my live shows. I started writing songs in the late 80s only when I learnt that Stevie Wonder was blind and that the Beatles did not know to read/write music notation when they started out.

I believe that music per se is written for the ears and notation, tabs, etc. are but means to an end.

I also believe that music is a means of experiencing as well as expressing freedom.

And most of all, I believe that the guitar is a celebration of this freedom because you are free to ‘do-your-own-thing, any-which-way’!